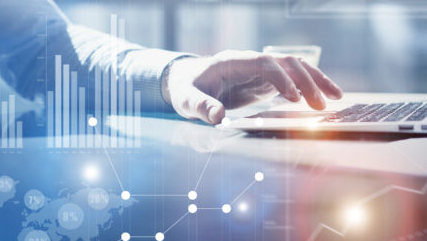 Snap! Thus ended the S&P 500’s longest streak in history without a pullback of at least 3 percent. The major U.S. stock indexes capped off their worst weekly performance in two years on Friday following a steep sell-off. The Dow and S&P 500 pulled back 4.1% and 3.9%, respectively. The NASDAQ lost 3.53%. It all happened so quickly. What changed?

Things were looking good!
January began the year with gains in every major index, catapulting investors into record highs. The DOW and the S&P 500 had their best monthly gains since March 2016, and the NASDAQ experienced its biggest one month gain since October 2015.

And that wasn’t all. The economy has had some other reasons to celebrate:

Could all this good news be too good?
While things are looking up for many U.S. workers, the overall market effect could be one of inflation. If American workers are getting paid more, companies might start charging more for their goods or services, potentially raising inflation. The low jobless rate could also pose a threat. At 4.1% the jobless rate might bring us closer to the “maximum unemployment” point. A very illusive point where companies have trouble filling jobs, and in turn might have to raise wages. Again, potentially raising inflation.

To offset the momentum of good news and stave off inflation concerns, there was a noticeable increase in interest rates recently. This is what appears to have rattled Wall Street. Although an interest rate rise is the normal and expected response, it is a difficult reality. Record low interest rates propelled the stock market and the economy for nearly nine years.

Yet it appears to be a Catch 22: As the job market and economy gain a solid foundation, interest rates rise to slow it down.

It is not unusual for the stock market to pull back during interest rate increases and periodic market drops normally occur roughly once a year. They are viewed as healthy because they clean things out and help curtail overly exuberant investment markets.

The S&P 500 went 448 days without a decline of 3%, according to Bespoke Investment Group. This is the longest streak in history. While the streak has ended, last week may not be the beginning of a 10% to 20% decline signaling a recession.

The overall good news is still there. Solid earnings exists in every sector. The tax break provides government stimulus. Jobs and wages are up, and so are manufacturing and housing. Perhaps there may be a rose colored tint to the glass, and last week may actually be the beginning of a buying opportunity.

For more information on financial planning, contact one of the Certified Financial Advisors at Morris Financial Concepts.

Bloomberg– US Adds 200,000 Jobs; Wages Rise by Most Since Recession