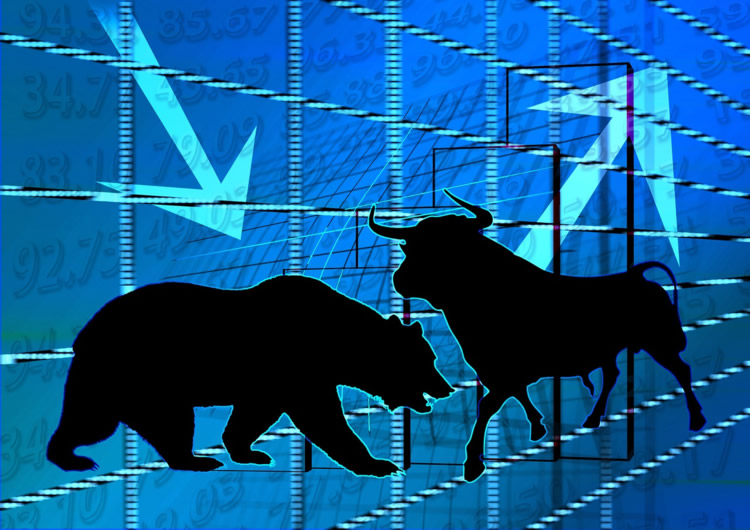 Written by contributing editor, Kyra Morris. August 31st | Ten days ago on Augst 21, the DOW fell more than 500 points. Then on Monday, August 24, the DOW fell again another 500 points. By Tuesday, August 25, it looked like the DOW was on an upswing, but then in the last hour of the day it fell and closed again down more than 200 points. Whoa! Then … here comes Wednesday and Thursday with a rebound that was one of the best two-day percentage gains in more than six years. What’s happening with these market fluctuations and what will be next?

Most financial advisors doubt that this will be a repeat of the 53 percent drop experienced from October 2007 until March 2009. Why – what’s the big difference? The lack of a real negative economic event like we had back then makes this different. There are no collapsing housing bubble or over-sold mortgages. The reality we are facing is an interest rate hike.

The current economic figures will be available in next Friday’s jobs report. This will give us more information about the strength of the U.S. economy. Car sales, construction spending, the Federal Reserve’s “beige book” and jobs growth will be in the report. This may show the economy is strong enough to withstand the first rate hike from the Federal Reserve since before the crash. This rate hike may be imminent despite worries about a hard landing for China’s economy.

The second quarter gross domestic product and solid durable goods figures had a stronger-than-expected revision. If the data next week come in strong, it could be fodder for a rate increase next month. There is a mindfulness regarding the fact that the Chinese slowdown could interact with U.S. companies negatively especially during the remainder of the year. Thomson Reuters data show third-quarter earnings expectations have dropped 6.4 percent for the industrial sector and 8.8 percent for the materials sector since July 1.

The volatility in the global stock markets may continue. If third- and fourth-quarter earnings are undermined because of the China slow down, then stock price fluctuation is likely. A large percentage of American corporation’s balance sheets and profits depend on being able to maintain a customer base overseas – and in China. American cars and luxury goods need to sell in global markets.

The interrelation with global markets over the next two quarters may not be enough to dissuade the Federal Reserve should next week’s data show the U.S. economy continues to slowly improve. It is still a question though, yet to be answered. If it were not for the dramatic market volatility over the last two weeks, it would be fair to say that a rate move of 25 basis points (0.25 percent) is expected.

Although the largest economy in the world should be able to handle this rate move, it still may be the impetus for a market correction. A 10 percent to 15 percent correction, though not fun, is also a fairly normal occurrence in market cycles. Since 1946, there have been 31 instances of a 10 percent decline. A 10 percent decline does not automatically mean a bear market which by definition is a 20 percent drop. In fact, just 12 of the 31 instances lead to a bear market.

The recent decline seemed so much more because

a) the numbers are larger – a 500 point drop correlates to only around 3 percent market drop at these DOW levels, and

b) it’s been more than 47 months or nearly 4 years since we’ve experienced a 10 percent correction. This is the third-longest span in market history.

The positive experience in the markets over the past several years was also during a time the U.S. government provided stimulus. The stimulus ended last October 2014. U.S. companies did not collapse and the economic data continues to show relative strength. The environment is ripe for a rate increase. A rate increase creates jitters by investors. Jitters create volatility. A positive thought about volatility is that volatility creates opportunity.

What should you do with your portfolio? First, be careful about giving into the normal human behavior that sells low and buys high. This is emotional and reactive and does not make for a good investment outcome. Second, take stock – excuse the pun – and fine tune your existing strategy. The recommendation is not to change your allocation that is in stocks or bonds, but perhaps to change the stocks and bonds within the allocation. Third, if you have cash, this may bet the time you’ve been waiting for to invest again. Fourth, do not panic.