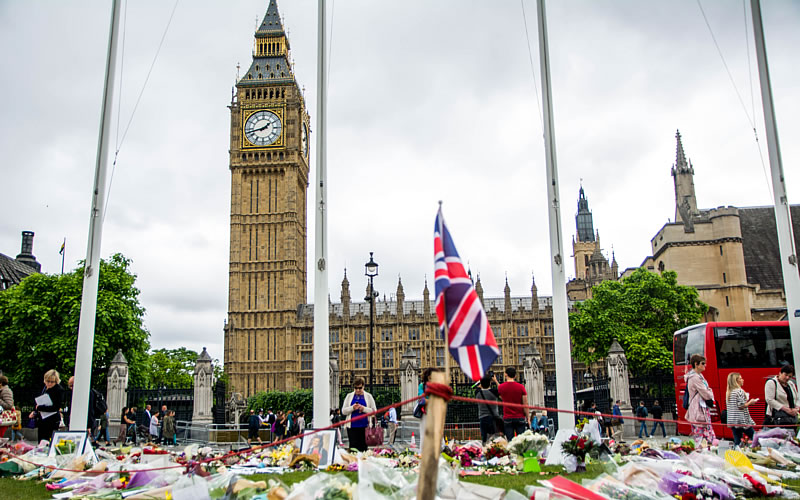 By Kyra Morris, contributing editor  |  History was made June 23 of this year when the United Kingdom (UK) voted to leave the European Union (EU).  For two days post-Brexit vote, the U.S. stock market offered buying opportunities.

The DOW fell over 600 points on the June 25 and another nearly 300 points on the following Monday.  Then the rebound began.  Within the following month, the S&P and the DOW not only regained their pre-Brexit levels, but went on to achieve record highs.  International markets since the vote – everywhere but the UK — also rebounded.  This include both developed and emerging markets.  This is only one month.  Does it give us any idea of what to expect going forward?

Let’s first review Brexit.  The vote was close: 51.9 percent to leave and 48.1 percent to stay.   The referendum turnout was 71.8 percent, with more than 30 million people voting. It was the highest turnout in a UK-wide vote since the 1992 general election. The point here is that it was not a landslide win for the exit vote, but one that was very tight with a very broad representation.

For the UK to leave the EU, it has to invoke an agreement called Article 50 of the Lisbon Treaty.  David Cameron,  the prime minister at the time of the vote, resigned his position, and Boris Johnson, the apparent heir to the position, lost most of his support after the vote.  With the government in disarray, the second female in the history of the UK, Theresa May, leader of the Conservative Party, was appointed as prime minister by the queen on July 13.

May must decide when and how to invoke Article 50 of the Lisbon Treaty.  Then the formal, legal process of withdrawing from the EU begins.  Article 50 gives the UK two years to negotiate its withdrawal.  The interesting part of this process is that the article has only been in force since late 2009, and just 262 words in the treaty will dictate the talks and shape the relationship between the EU and the UK in the future.  It hasn’t been tested yet. No one really knows how it will work. The other leaders representing the remaining countries of the EU most likely will not make it easy as this sets the example for other countries.

While the rest of the world has rebounded and appeared to go on its way economically, the UK recovery is in a different place.  The first major survey of business activity and confidence since the referendum indicated the services sector was particularly hard hit, showing its biggest drop on record.  Manufacturing dropped to its lowest level since February 2013, according to Markit, which compiles the data in its purchasing managers’ index (PMI).  The composite index, which measures both services and manufacturing, fell from 52.4 in June to 47.7 – an 87-month low. Anything below 50 signals a contraction in activity.  The British pound is at historic lows against the U.S. dollar and the Euro.

The G20 finance ministers and Central Bank governors’ meeting was held in China on July 23-24.  These officials represent financial leaders from the largest countries in the world.  The outcome is expected to re-commit their stance in support of global trade relations and sustained growth amid the post Brexit vote and uncertainty.

How is the U.S. faring post-Brexit?

The U.S. dollar gained strength during the period since the vote.  Energy markets are relatively strong.  Mortgage interest rates declined making it again an opportunity for either new purchases or refinancing of existing real estate.  The July jobs report was also upbeat.  Consumer confidence is relatively high.

With this positive news though, the only known is that we are facing a world of unknowns.

Interest rate hikes are in flux.  The sentiment post-Brexit bumped a rate increase from December 2016 to June 2017.  If there is a sustained U.S. market recovery and jobs reports continue to show improvement, there is incentive for the Federal Reserve to increase interest rates sooner to offset and control the growth.

A strong dollar will affect U.S. corporations’ ability to trade in global markets.  Reduced sales mean lower profits and lower earnings.  This eventually may show up in the U.S. stock market.

What to do?  Current opportunities do exist.  Take advantage of the high U.S. stock markets, go against your human nature  and sell high.  Refinance your home at these post-Brexit rates, or you could take a trip to Europe and enjoy the strongest dollar we’ve had in a very long time.

Keep your eyes open and your emotions in check.  Most analysts are predicting a continued slow growth for the U.S. for the remainder of 2016 and a moderately stronger 2017.  Perhaps it is time to be more optimistic than pessimistic. The post-Brexit bark may be stronger than its bite.